Assalamualaikum, and thank you for visiting our site. 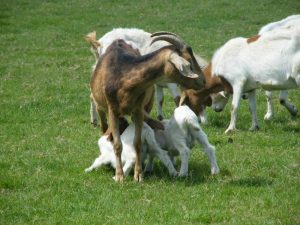 In 2007 we purchased a 40 acre halal farm in the Essex countryside, (40 mins from East London), for our main Electronics Business.

After settling into daily life on the farm and as parents of young children, with all the recent media attention we too questioned the origin of our chicken. We wanted our children to eat Halal and Tayyyib Chicken but we didn’t know where to buy it. We tried over 20 butchers around North and East London but much to our dismay no one was interested in the quality or origins of the chickens, we found the whole mechanism to be price driven with no trace-ability and no particular quality control.

After all the searching and questioning of the welfare and origins of the meat we were consuming; we could not find anyone who was offering a fully Halal and Tayyib product. We wanted to know how the meat/poultry that we were eating had been raised, fed and how they had been slaughtered. We were not happy that no one was able to offer full trace-ability for their produce or as as most producers were just buying in animals/poultry to slaughter. As we were not satisfied with what we found we decided to do it ourselves.

We first tried our hand at keeping egg laying chickens just to get used to caring for them and having a small reward to collect at the end of each day!

We then bought a small batch of chicks to rear for meat, as we were so worried about the little ones we built a small brooder which we kept it in our dinning room so that we could check on them through the night! As soon as they were old enough to go outside we put them out to free range and it’s from here that our Halal Farming adventure began! 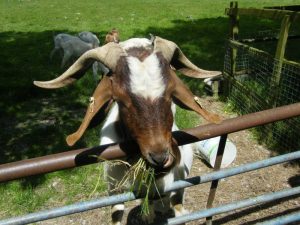 Alhumdullilah we now rear regular small batches of chickens, turkeys and goats throughout the year. All of our feed is Organic which is supplied by a local company called “Marriages”. We believe all of our animals  should eat a healthy balanced diet, with no growth promoters or antibiotics, just plenty of room to roam around and be able to forage in grass (did you know Chickens eat grass!). Our chickens and turkeys are all  raised in small batches and roam freely in large five acre paddocks.

March 2015 we built an EU Approved UNSTUNNED  slaughtering facility on the farm, which is regulated by the FSA. Alhudullilah our land has been Organically approved since 2017.

We have since successfully mashAllah been rearing batches of free range chickens from day olds to slaughter at between 10-12 weeks, almost double the time that commercial birds are reared, and have been able to experience the amazing flavor of our tasty slow grown birds, and this is what we would like to share with you, HALAL FREE RANGE TASTY CHICKENS AND MEATS.

We are currently taking a break but will be in touch as soon as we have produce inshaAllah.

Z.U.S.S. Halal Family; WE REAR, WE CARE, WE SLAUGHTER, WE SHARE